ete and advocate for the deaf, she was a major force for city and educational projects

A Paso Robles civic leading light has died, but not before having led a life that blazed on multiple levels. Elizabeth “Betty” Cousins died from a heart attack at her Paso Robles home Monday afternoon. The former Paso Robles city councilwoman and Citizen of the Year was 87.

A native of Paso Robles, Betty was b

her, a civic leader in his own right who founded the Paso Robles Chamber of Commerce, was a grain broker and insurance agent, a profession that Betty Cousins would later follow.

By 17, Cousins began losing her hearing. That didn’t deter the life-long bachelorette from obtaining a degree in nursing from the University of San Francisco.

But her ultimate deafness did force her to give up surgical nursing at the Paso Robles War Memorial Hospital, niece Terri Cousins said, “because she couldn’t read lips with masks on during surgery.”

No longer in the operating room, Cousins nevertheless remained committed to the community’s health needs. In 1961, she financed the equipment for screening infants for deafness, a move that put Paso Robles on the national map as the smallest city in Ame

rica to have such facilities.

She also served on the board of directors of War Memorial Hospital until 1978, when the ho 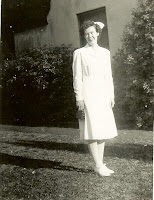 spital was closed and Twin Cities Community Hospital was built in Templeton.

Blessed with an adventurous spirit, Cousins decided in 1955 to join an all-female African safari after reading about it in the San Francisco Chronicle.

The escapade lasted 90 days and yielde

d trophies ranging from water buffalo to rhinoceros — mementos that hung for years in the upstairs bar of the Paso Robles Inn.

A gifted athlete, she was a driving force in creating the Paso Robles Country Club — where she would capture the women’s club championship five times. Friends and acquaintances say the qualities that best defined Cousins were her direct, no-nonsense approach to finding solutions to problems and her lack of ego. “She fought the good old boys’ network and got things done,” said Terri Cousins. “Her belief was, ‘I don’t care who gets credit as long as it gets done.’ ”

She took that approach when running for City Council in 1984.

Her credentials as a candidate included her membership on the hospital board, past president and lieutenant district governor of the Quota Club, stock broker, director of Heritage Oaks Bank and founding member of A Community Organization Recognizing Needs (ACORN), a dynamic organization that spearheads fund drives for parks and other civic improvements.

Cousins was a passionate lover of her hometown who wanted to see it planned well. Her campaign platform centered on fixing downtown traffic circulation and growth. 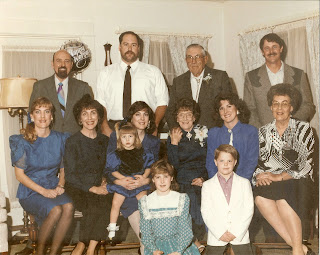 “Paso Robles does not want urban sprawl,” she told the then-Telegram Tribune. “The city is playing catch-up. It’s got to slow down.”

At the end of the political day, Cousins was the top vote-getter in her inaugural political foray; her fellow council members unanimously voted her mayor pro tem the following month.

“She didn’t put up with any guff,” recalled Norma Moye, executive director of the Paso Robles Downtown Main Street Association. “She was a pretty tough lady, but she also had a great sense of humor, very factual but very funny.”

Among her accomplishments on the council was lobbying for and casting the deciding vote on the new library and city hall that have helped revitalize and reshape downtown Paso Robles into a nationally recognized city of distinction. “She had those councilmen intimidated about the library,” said Phil Dirkx, a longtime Paso Robles resident and current Tribune columnist. “She wasn’t a token woman on the council; she was a real player.” After a four-year stint on the council, she felt the city was on the right track and decided not to seek re-election. However, she again agreed to step up to public service four years later when a short-term council seat suddenly opened.

Cousins is also noted for her efforts to help establish Cuesta College’s North County campus. Longtime friend Dee Lacey succeeded Cousins on the Heritage Oaks board, worked with her in ACORN and partnered with her on raising money for the North County campus. She recalled the early days of that campaign when Cousins wrote a check for $25,000 and challenged others to match it. “That was Betty,’’ Lacey said, “always willing to be the seed or starter, and then she’d turn it over to someone else because she wasn’t about ego.”

In later years, she would serve on the board of the Cuesta College Foundation to keep those funds flowing.

A smoker until a decade ago, Cousins was diagnosed with breast cancer two years ago. Although she underwent a mastectomy and treatments, the cancer returned. Martin Kuehl, former owner of Kuehl Funeral Home, is also a native of Paso Robles and knew Cousins for her entire life. He sizes her up succinctly: “One heck of a fine gal. She knew her mind and didn’t mind speaking it.”

A service is set for Monday at 10 a.m. at St. Rose Catholic Church on Creston Road. 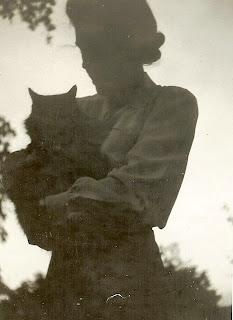 Absolutely no mention of her great love for animals--feeding stray cats off the street for years. Her beanie baby stint of the 2000s, her love for Cadillacs, sweets (mm Orange Slices!), and appreciation of a nice steak dinner (Medium Rare--no salad).

Aunt Betty taught me many things, but the most important of all--follow your heart. If there is something you want to do--do it. If it doesn't go the way you wanted, you will learn from it and be the better for it.

She gave me a beautiful Carousel horse trinket when I was a baby. I wanted to pick it up and play with it but my mom wouldn't let me. Aunt Betty said, "If she wants to do it, let her." So, a foot and a leg missing later, I still have the horse.

And I have great memories and stories in my heart of a woman who really fit the bill of a grandma but held the high distinction and noble title of Aunt.
Posted by Hilary Castles at 9:30 AM

Aww I'm sorry, Hilary. Reading the obituary, it is clear that you lost an amazing woman. We could all only wish that when we pass our obituaries could tell of a life... so full of life. She had so many accomplishments!

I love the story of your horse trinket. I think I have a collection of broken toys that I can't part with because they hold too much sentimental value. And the family photo with little Hilary is adorable.