Where I'll Be Living!

I will be living in Lafayette, Louisiana.

Lafayette Louisiana was originally founded as Vermilionville in 1821 by a French-speaking Acadian named Jean Mouton. It was renamed in 1884 after the Marquis de Lafayette for his assistance to the U.S. during the Revolutionary War. The economy of Lafayette depended upon agriculture up to the 1940s. After that time, Lafayette LA became a center for the petroleum and natural gas industry.

Today, Lafayette Louisiana has a strong tourism industry, attracted by the Cajun and Creole cultures of the surrounding region. Lafayette calls itself the heart of Acadiana because the French Canadian Acadians settled there after escaping the oppression of the British in the early 1700’s. It’s also referred to as the unofficial capital of Cajun Country. One of the best things to do in Lafayette is eat. Featuring some of the best dinning the country, the food is a mixture of spicy southern with French influence and will leave you dreaming for years to come. Fifteen miles west of a massive nature attraction, the Atchafalaya Basin, Lafayette LA is also 35 miles north of the Gulf of Mexico. The local area is surrounded by forests, swamps and marshes, making for some excellent outdoor adventures like golf, fishing, and hunting. 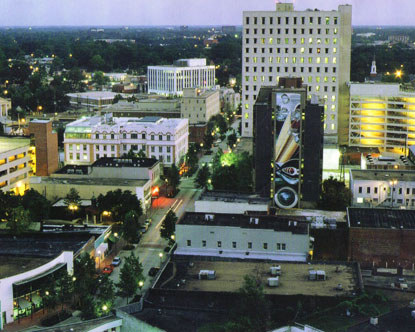 My apartment, University House at Acadiana, is across the street from Cajun Field. A school shuttle picks up students who park there (for free) and makes runs to the school every 15 minutes. The athletic center, Bourgeois Hall, and the Cajun Dome are nearby, as well.

Here are some snapshots of the apartment complex, and what my apartment will look like (it will be furnished with the same furniture, but sans decorations and towels, etc): 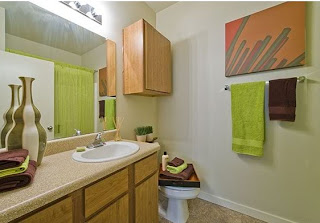 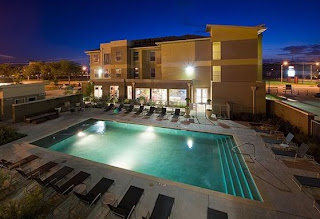 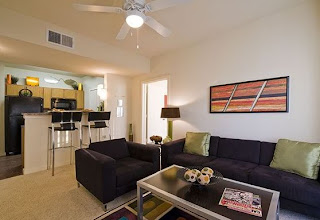 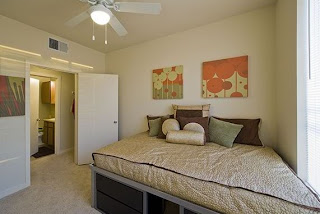 My Mom and I spent most of Sunday shopping for my new quarters. I found an amazing comforter and pillows at Ross, and some great dishes at Target.

My best friend Shannon and I will be driving across the country over a 4-day period...better watch out!!!
Posted by Hilary Castles at 3:47 PM