Below is a blog I stole from Sarah, and I guess I can justify "borrowing" her words on Hall & Oates since I encouraged her obsession. I have to add the video below to the blog...because it is PURE happiness. What is, after all, happiness, without an animated bird and choreographed dancing??? 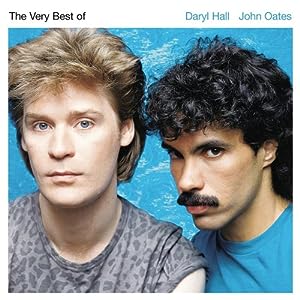 If you've never heard a Hall & Oates song, then clearly you have been living in a cave your whole life. If you don't own their The Very Best of album, I urge you to buy it immediately.

According to a theory created my friend, Hilary, Hall & Oates clearly had to have sold their souls to the devil for the number of hits they had. There is a certain Hall & Oates mystique, you must admit. What, pray tell, happened to John Oates' mustache? And inquiring minds want to know -- what will Hall & Oates not go for -- what exactly are they referring to when they say "no can do?"

A few weeks ago some friends of mine gathered at a local establishment for a DJ'd night of "Spinning Hip Hop, Ol' Skool Rap, Free Stylin'" 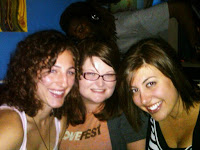 In what can only be described as one of the greatest moments of my life, my friend, Brittany, convinced the "I-don't-do-requests-and-I-probably-don't-have-the-music-you're-going-to-ask-for-so-don't-bother-asking" DJ to play... Hall & Oates. Turns out he's a kindred Rich Girllovin' soul.

Proof that this night really happened: Brittany, me and Hilary with DJ-a-creepin' in the background.

Posted by Hilary Castles at 3:33 PM

This website can live streaming , you can join at my site :
agen judi online terpercaya
Prediksi Bola